What Did Naruto and Kiba Write on The Tree ?

What Did Naruto and Kiba Draw on The Tree ?
What Did Kiba and Naruto Do To The Tree when they were Rivaling each other?

If You’re looking for answers to above Questions, You’ve come to the Right Place.

Naruto is the Protagonist of Naruto and Naruto Shippuden Series.

First we will take a look at the main Points pivotal in Naruto anime concerning Kiba, and then, see what Kiba and Naruto wrote on the Tree!

Kiba Inuzuka is an important side character of Naruto and Naruto Shippuden.

Kiba has a Dog named Akamaru, who is near and dear to him. Akamaru is in return Faithful to Kiba Inuzuka.

Kiba and Akamaru both live together and they both spend their spare time practicing with each other, pulling out new moves and Jutsus so they can counter attack effectively in any battle.

Kiba is almost a Good Rival to Naruto until Naruto gets Kurama (9-Tails) to cooperate.

Kiba has a burning desire to outrank other Shinobis, making himself stronger and stronger for the sake of his Fame and Popularity.

He also considers Naruto as his rival (which we obviously know he can’t beat, but still) so that he can overpower Naruto in Strength, Power and Fame.

Kiba is a man of great willpower and will do anything to ensure his success and safety of his friends. He considers his rivalry with Naruto a Great chance in improving his abilities and friendship ties.

This brings us to the Main Question.

What Did Naruto and Kiba Write on The Tree ?

There are 2 Times in the whole series of Naruto when Naruto and Kiba write on Tree.

It happens in episode 114 of Naruto, Naruto and Kiba write on tree, when Choji is left behind by the Team when they pursue to save Sasuke.

Naruto writes “Hurry Up and Come“.

Kiba Writes “We are all waiting“. 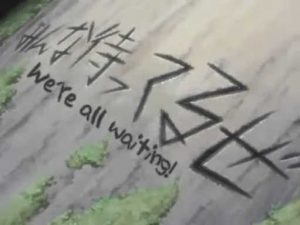 This is What they write in Episode 114 of Naruto Anime Series.

However, they also write on Tree in another Episode of  Naruto Shippuden.

It’s in the Episode # 240 of Shippuden, where they write their records of Race on a Tree.

So, basically when Naruto and Kiba are Young, they challenge their limits to the point where they can beat each other.

Whether it was a battle, fight, game or opportunity to make their mark in Ninja World; they never lost a single chance!

Some other kids were also involved in this Race. Candies were the price to take part in Race; who winner would get after reaching Finish line.

This race was initiated by Shikamaru who sent a signal to start the Race.

Choji, Naruto, Kiba and other kids started to run as soon as Race Started. Kiba was the one with the Greatest Speed, so he won the race.

Here comes the Fact that Kiba wrote Something on the Tree, What was that ?

Kiba imprinted records of time on which they finished the Race and reached Finish line on the Tree.

It was Time Taken to Reach the Destination of each of the Participants.

That’s was What Naruto and Kiba wrote on Tree. Naruto challenged Kiba for a Race again. Kiba replied to Naruto “We will Race Again once you beat my Time Record“. 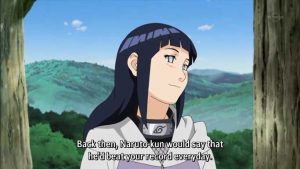 Later on, Naruto set new Time Record, which when Kiba saw, he was surprised at Naruto’s Ability.

Naruto and Kiba Wrote the Time Record at Which They Crossed the Finish line on the Tree!

Reason of  Drawing it on the tree was that they wanted their records to stand for time, so they can beat each other later on. Naruto did beat Kiba’s record after that by Hard Work and Determination.

That’s all there is to it!

I hope Today’s Post Answered you ”What Did Naruto and Kiba Write on The Tree”.

Your Comments and Sharing Motivates and Encourages us to Answer more of your Questions !
Thanks For Reading.

For more Answers to Questions about Naruto, Visit our website.
https://www.NarutoExplained.com 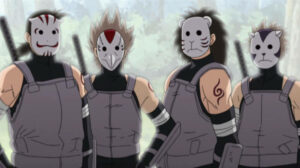 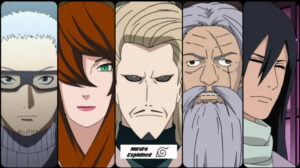 Every Mizukage Ranked From Weakest To Strongest 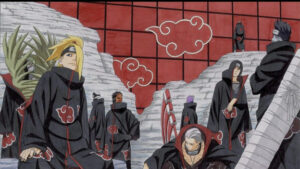 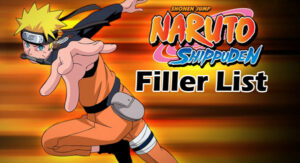 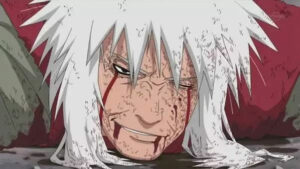 What Episode Does Jiraiya Die 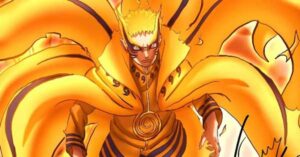 All Hokage Ranked From Weakest To Strongest 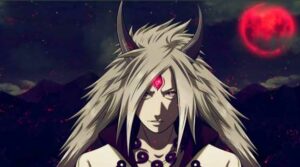 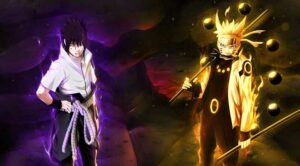 Who is Stronger Naruto or Sasuke ?

When To Watch Naruto Movies